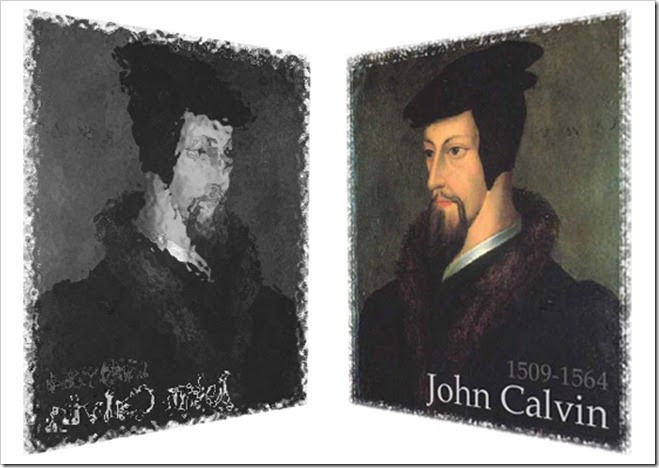 The world of Christian media is a bit of a two-edged sword. Through it many Bible teachers have helped the cause of the Gospel in the lives of many men and women. It is this side of the sword that cuts well – for the glory of God. Then there is the other side of this sword – the one which tends to spill more blood than supply corrective surgery. In this latter side of the blade we find the unhelpful or sometimes destructive influences of popular preachers/teachers whose misplaced dogmas and verbal mishaps find their way into the local church through various ways and means. The pastor of a local church may wish to ignore the presence of this bad side of the blade – but he hasn’t the luxury to do so, especially if some of his congregants are the devoted disciples of such Bible teachers.

Over the years in the ministry I have had to invest more hours than I can count addressing so-called “controversies” that were whipped up by others simply because I happened to disagree over a point of doctrine with popular teachers, both past and present. While this problem is not new, I believe that the modern church is mass-producing this matter through what I call the industry of retail Christianity; as a disease, it is becoming pandemic. Moreover, I am of the opinion that few popular teachers truly understand the extent of divisiveness that they can easily generate when they act imprudently over issues of doctrine – especially those issues that are not central to the Gospel. No one is perfect. When we fail, it is needful to make restitution for such failures. Should we ever err on a point of instruction, or overemphasize a matter which results in unnecessary conflict, then we need to own up to it for our own sakes, and for the sake of those whom we instruct and influence. Whether a man is a media star or a pastor of a small church, the principle remains the same, however, I would suggest that a man’s personal responsibility increases in proportion to the extent of his influence.

I was reminded of all of this some time ago when a man came to visit our church for Sunday morning services. This man braved 1 ½ hours of driving in order to fellowship with us, hear God’s word, and ask me a question that was burning in his conscience. Sensing his desire to speak at length about what was burdening him, I invited him over to our home for lunch following the services. We had a wonderful time of fellowship together. Early on, we spoke for some time before he asked me his core question, and yet, in some strange way I could almost anticipate his concern before he expressed it. My clues came in pieces through some of the things that he said; through the study Bible that he had in hand; and by means of the comments he made about his church. Thus, when the question came – it offered little surprise. As well, I felt quite prepared to offer a response – simply put, I’ve had to deal with this issue for some time. His question was simple enough: he wanted to know if he should leave his church since his pastor was post-millennial. The basis for his query came from his repeated exposure to an audio tape of John MacArthur issuing a millennial manifesto, where he said,

“Every self-respecting Calvinist is a premillennialist.”

This gentleman repeated this manifesto thrice, saying “it keeps going on in my mind”; and this meditation of his only increased his sense of burden and concern. Before addressing my thoughts about such “self-respecting Calvinism,” I asked this man questions about his present church. For all I knew, there could be other issues that would actually warrant significant concerns. I asked about his church’s core doctrine (very sound); the body dynamic and health of the flock (loving and lively); the leadership – their doctrine and example of life (above reproach); and inquired about their focus on the Gospel and outreach to the lost (excellent). I am only summarizing the exchange here, but by the time he was finished describing his flock – I nearly wept in the man’s presence. Though I am deeply aware of this controversy that has been produced by MacArthur’s manifesto, I still remained incredulous concerning the practical effects that it has in the lives of real people within real churches. Here was a man who was prepared to leave a loving flock over this matter. Wanting to be careful and measured in my response to him, I began discussing the extent of the controversy in its modern form (i.e., historic Pre-millennialism vs. Dispensational Pre-millennialism); the overall debate in view of church history; the relevance and purpose of prophecy in the life of a Christian; and the importance of the primacy of the Gospel in everything. Then I told him –

“Concerning pastor MacArthur’s manifesto: with all due respect, no self-respecting Calvinist would make eschatology such a divisive issue.”

I don’t think that he expected to hear this from an alumnus of The Master’s Seminary, but he listened carefully and attentively anyway. My simple prayer for this man has been that he would pray and think through this matter very carefully – since the thought of leaving a church body is quite serious. Without hesitation I told him that I saw no reason for him to leave – period.

Are we really to believe that brethren throughout the ages and in the present day, who have a differing view on this subject, must now be tossed out of the sorting bin of “self-respecting Calvinism” (whatever that means)? I should, however, credit MacArthur for some measure of consistency in his manifesto. The strength of his charge is only reinforced by the following assertions:

“We can leave Amillennialism to the process theologians or the openness people who think God is becoming what He will be; and He’s getting better because as every day goes by, He gets more information; and as He gets more information, He’s figuring out whether or not, in fact, He can keep some of the promises He made without having to adjust all of them based upon a lack of information when He originally made them. Let’s leave Amillennialism to the Charismatics and the semi-Pelagians and other sorts who go in and out of salvation willy-nilly; it makes sense for their theology.”[1]

If anyone wishes to search out the oddities and heresies associated with any system of eschatology, they are certainly welcome to do so – but is this helpful? For example, comparing MacArthur to Harold Camping (a Dispensational Premillennialist) would be a fool’s errand and would take us no-where, thus, is it at all fair to associate the whole of Amillennialism with the likes of Arminians, process theologians, or even openness theologians? Arguments of guilt-by-association can be very startling, and may seem to justify the label of “non-self-respecting Calvinist” for some – but such arguments don’t advance any reasonable or meaningful debate. It is not terribly surprising that those who hear such statements are quickly led to the fearful belief that Amillennialism directly corresponds to various forms of rank heresy. Thus, it is perfectly understandable that this man came to me, with such a manifesto resonating in his mind, wondering if he should leave his church immediately.

It is understandable, but it is all quite sad and disturbing.

I can say that I greatly appreciate John MacArthur’s historic defense of the Gospel. He is not a perfect man, and he has, at times, said things that I could not defend; however, his overall defense of the Gospel has been forthright and sound. It is for this reason that his recent heralding of eschatology seems rather strange and even ironic, and here’s why: the Fundamentalist movement of the early 20th century included Dispensational Premillennialism within its definition of biblical orthodoxy. C.I. Scofield advanced this line of thought extensively, heralding Dispensationalism and Eschatology to a fault. As a result, a church culture was born out of such an influence which focused on the structure of Dispensational thought and Eschatology at the expense of the substance of Theology proper, Hamartiology, Anthropology, Soteriology, and Christology. Resultantly, many churches in America became aliens to the historic doctrines of grace, though they retained a strict stance in Dispensational and Premillennial thought. This segment of church history should remind us that when a particular view of eschatology is heralded at the level of the Gospel itself, or higher, the seed of such error will grow and thrive in time. Ironically, it was this very theological culture that MacArthur confronted with the historic doctrines of grace during the 90’s. His book, The Gospel According to Jesus, created a firestorm of controversy among many Dispensationalists. For a man who had to face the errors of a culture which exalted Dispensationalism and Premillennialism above its theological place, one must wonder why he would seek to pick such a fight over this matter in the present day.

This is pungent irony.

Let me end this with a comment, a recommendation, and an appeal. My comment is this: I have a deep love for brethren who love Christ, the rich doctrines of grace, and who share in the same commitment and evangelical zeal for the Gospel Jesus Christ. With this in mind, I often think of the Puritans of old whose eschatology did not take them into the depths of heresy. Though I may hold to differing views on eschatology, this does not change my high esteem for them as self-respecting Calvinists, if you prefer to employ that label at all. My recommendation is that if you are a Dispensational Premillennialist, then broaden your reading a bit by getting books like The Puritan Hope (Iain Murray, 1971), or MacArthur’s Millennial Manifesto (Samuel E. Waldron, 2008). I recently read Waldron’s work and must say that it is a must-read for anyone who wishes to search this matter out with better information and understanding. The subtitle to Waldron’s work is: “A Friendly Response.” I must say that his response is indeed friendly, the tone is mature and irenic and is therefore highly commendable. Which brings me to my simple appeal. I am quite sure that John MacArthur holds a busy schedule; but since it is he who has opened the war room of this discussion – there ought to be a discussion of some sort. I don’t know of anyone who has written a full book addressing MacArthur’s manifesto (other than Waldron) – if there is someone else who has invested such time and energy, then I am completely unaware of the matter. But Waldron has written a book on the matter and it is now four years old. His work is not a diatribe; it is not guilty of ad-hominem attacks; or guilt-by-association argumentation. It is a friendly response indeed, and it absolutely deserves a response.

Unfortunately, to my knowledge (and as of the writing of this article), Pastor Waldron has received no response from MacArthur for what he has written. Thus, my appeal is simply this: Dr. MacArthur, as the one who started this conversation, please take the time to read and respond to Dr. Waldron. As an example to a watching world, do it for the sake of God’s glory and Christ’s church.

If this matter is as important as you insist, then a non-response is simply indefensible.

[1] John MacArthur, Why Every Self-Respecting Calvinist is a Premillennialist, Shepherds’ Conference 2007, First Message.